These shots were taken in Baton Rouge, Louisiana in 2003. I had owned my first SLR, a Canon AE-1, for all of a few months. I decided to bring the camera with me on this particular trip in 2003. I’m glad I brought it with me, and I’m also glad I picked up a polarizing filter on my way out of town. You can see some rather extreme effect from polarizing in the state capitol photo at the bottom of the post and in the cathedral photo. At any rate, here goes.

This cathedral is located in downtown Baton Rouge. I took this photo from many angles, but couldn’t find anything I liked better than just head-on. Tip: Don’t leave your glasses in the car when you’re using a manual-focus camera. Even though it is a bit out of focus, it’s still a great shot with the gradient sky making the foliage really stand out. 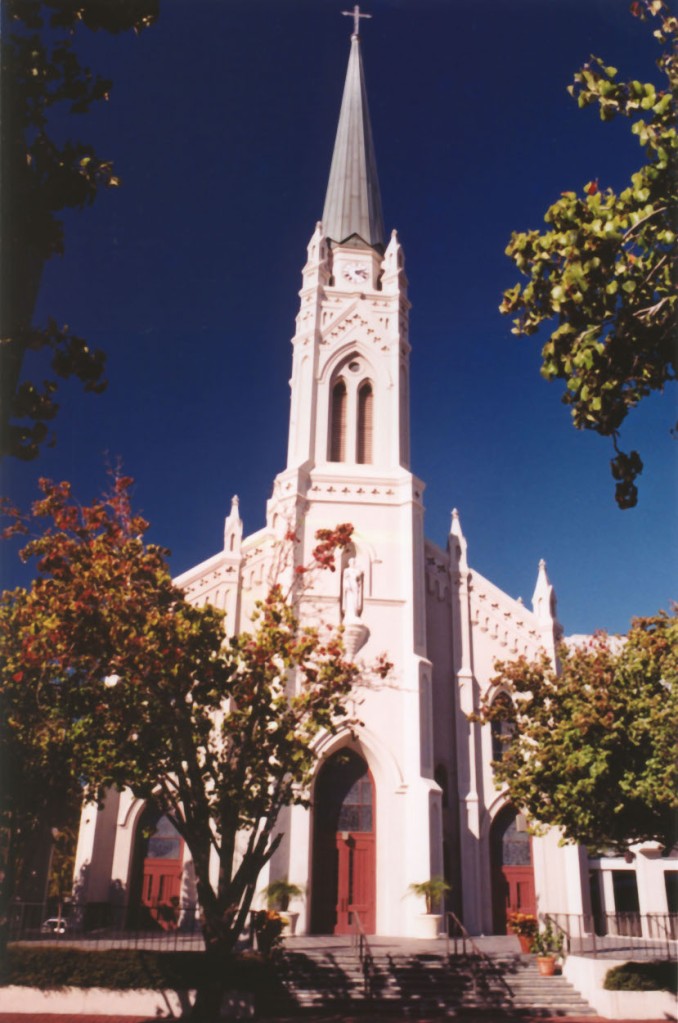 These tug boats have been docked this particular area of the Mississippi River for as long as I can remember. I was glad to finally have a camera with me to capture them. You can definitely tell there’s some haze in the photo, but I don’t think it takes away from the feel of the photo. I’ve since learned that a UV filter is your friend. 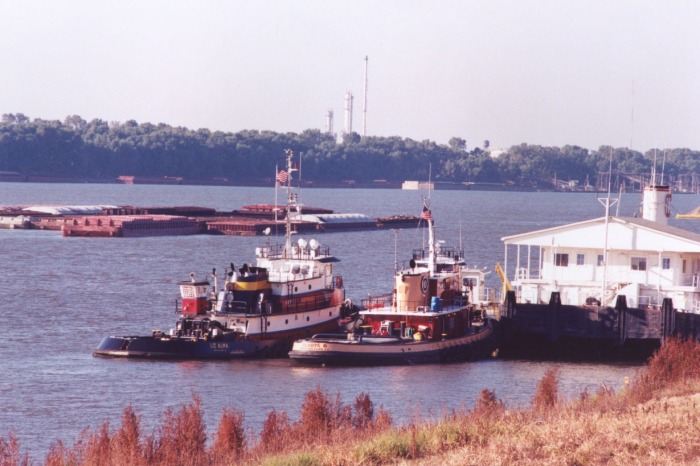 I’ve always called this photo “The Mark of Zorro” because of the obvious “Z” formation in the photo. It could possibly have been composed a bit better, but I don’t think it would have achieved its “Zorro” had I changed anything. 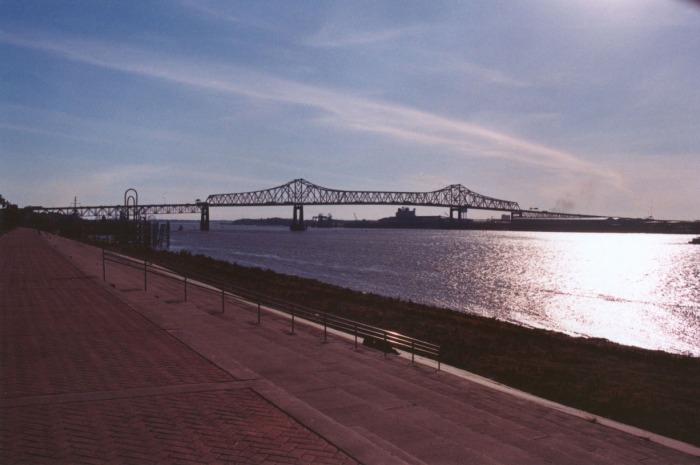 This is a shot of the Louisiana State Capitol taken during a part of the day where the proverbial planets seemed to have aligned to give me this great sky. Not a single cloud, and the angle of the sun was absolutely perfect to quite literally black out the skies around the building. I enlarged this one and it’s on my wall.

Not too awful of a series considering I had virtually no clue what I was doing. In a way, I think it was better that way. I couldn’t overthink settings like aperture and shutter speed at the time because I really didn’t have much of a clue about how they affected photos. I do admit these were taken while using the Automatic Exposure setting on the AE-1.