My recent posts have been predominantly black-and white. This post is dedicated to Kodak Portra 160 and my first voyage with my Nikon FA. I am a die-hard fan of Canon SLRs. But having been gifted 4 Nikon SLRs in the past year (all rescued from thrift stores spanning from Georgia to Missouri), I had to start getting busy playing with these beauties. For my trip to Missouri this year, I chose the Nikon FA to be my SLR companion for the trip.

After visiting Lake of the Ozarks late in the summer last year, I was really wanting to get a shot that reflected the “post-season” feeling of the place. Once things have slowed down and there aren’t dozens of boats zipping up and down the lake, there is still a calm beauty present. Even when the boats are covered for the summer, this is still a great place for a week of R and R. I think this image captured that pretty well. 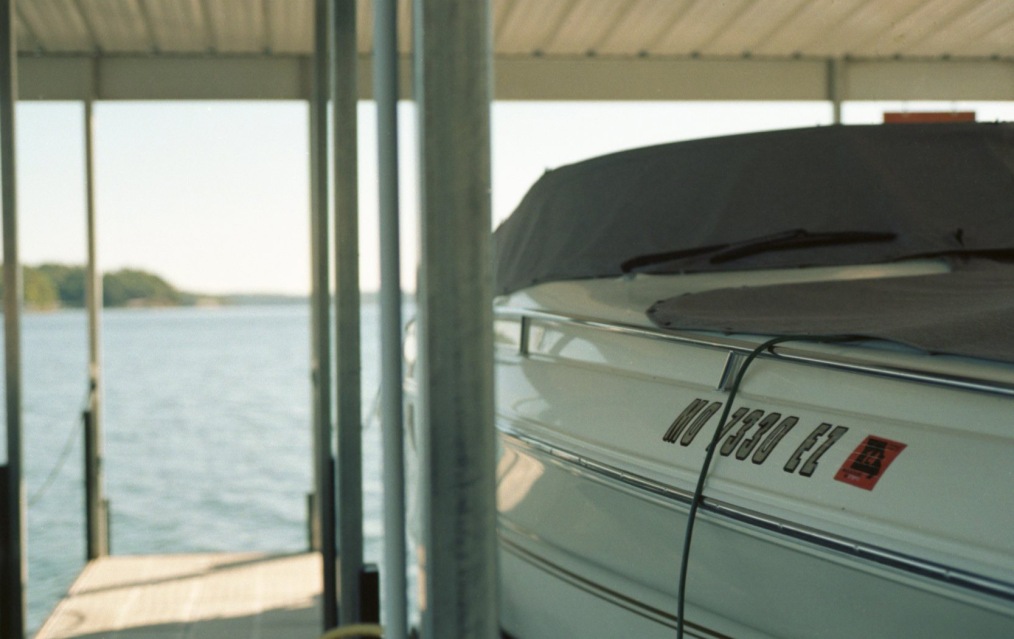 The shot below, admittedly, was a bit of a joke. I got some nice shots of the lake house from the dock, but this one was just begging to have a bit of fun post work done. I did some color and contrast manipulation to give the shot a more surreal “technicolor” feeling. 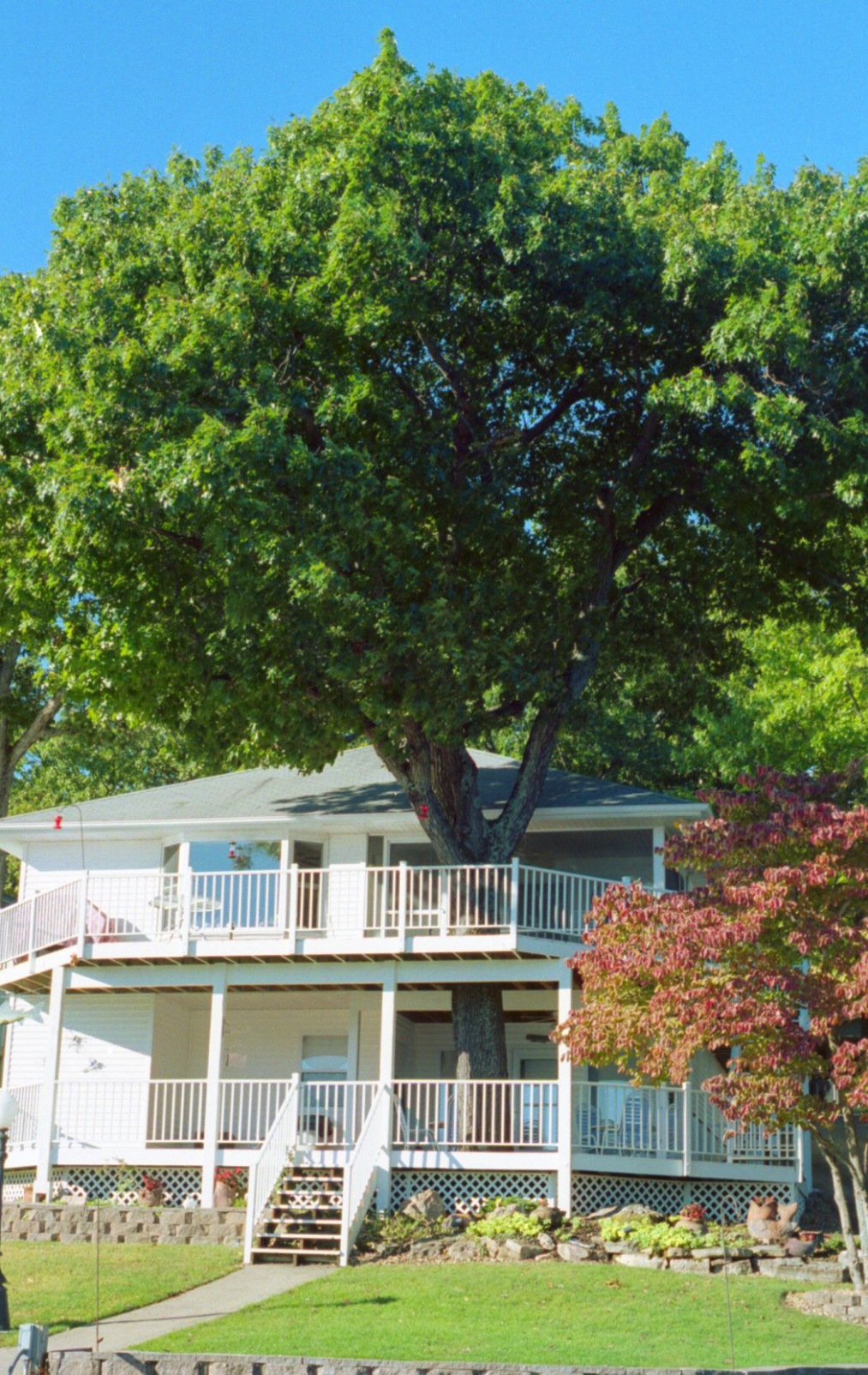 This shot was taken in front of Skyline Lanes in Clarksville, Tennessee. I took several others, but there was a serious problem with them. I’ll discuss that in a later post. At any rate, my unintentional model was a good sport about being in these photos. If you ever find yourself in Clarksville for any reason, find this bowling alley and go in for a few games. It really is like stepping back in time. 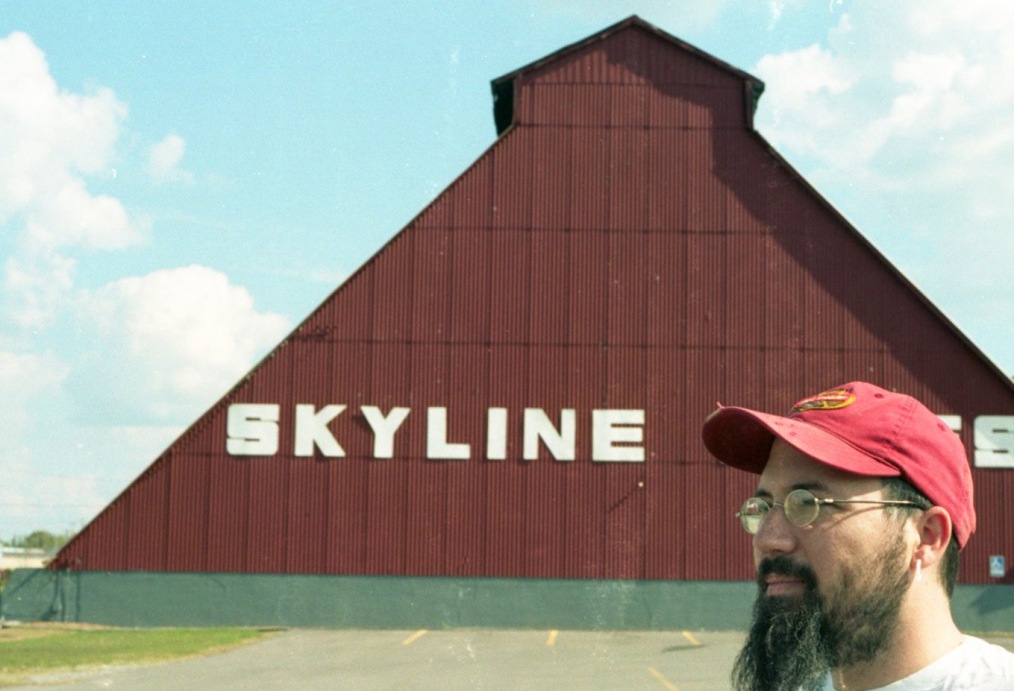 The shot below was one of my favorites from the trip. I did have some glare/reflection issues on the windows, but a polarizer only made them worse. I moved my position as much as I could in order to manipulate the reflections, but it was all for naught. That being said, the reflections serve as a bit of a reality check in what could otherwise be a frozen frame from a dream sequence. The shot has such a sense of peace. Being someone who also collects mid-century pottery, I had to get the stoneware teapots in the photo. This images gives so many things to look at, but they don’t fight one another. I was pretty happy with it.

I have to say that the Nikon FA was by far the most pleasurable SLR experience I think I’ve ever had. I say that at a very low volume as to not  upset my dear Canons, but it’s the truth. Ease and sensibility of use in all modes made me an instant fan. I was a bit apprehensive as the FA was a last-minute addition to my camera bag. With no light seals left to speak of, I was worried I’d have a bunch of.. well, “lomo” photos with lots of light leaks and all that. Thankfully, that was not the case. Luckily, I had tested the camera’s light meter against my handheld Gossen Digi-Six and the FA was spot-on in every situation I could test.

At any rate, the camera was great and I have developed a deeper love for Portra film.  I hope you enjoy. As always, I welcome comments and critiques.