Here are a few more shots I held back from yesterday’s post so it wouldn’t be so incredibly long. If you haven’t read the previous post that has the majority of the photos in it, these were taken with a Canon Rebel Ti film SLR and Ilford Pan F 50 black and white film. The photos were taken at the Chattahoochee Nature Center in Roswell, Georgia.

They decided to take a break, but i was too eager to keep shooting. I got this stealthy photo of them relaxing before we continued on the trail.

I do a lot of shots like this for some reason. I just love putting tree branches against a sky backdrop. I know it’s nothing too special, but I like it because of the darkness of the branches in the front against the sunlit branches in the background.

Even now, I feel deprived that this is the only owl I have ever seen in the flesh. They are beautiful and mysterious creatures. I’m not exactly sure why the owl was in a caged habitat unless it’s injured in some way. Thankfully Mr./Mrs. Owl didn’t mind me getting close enough to take a photo. 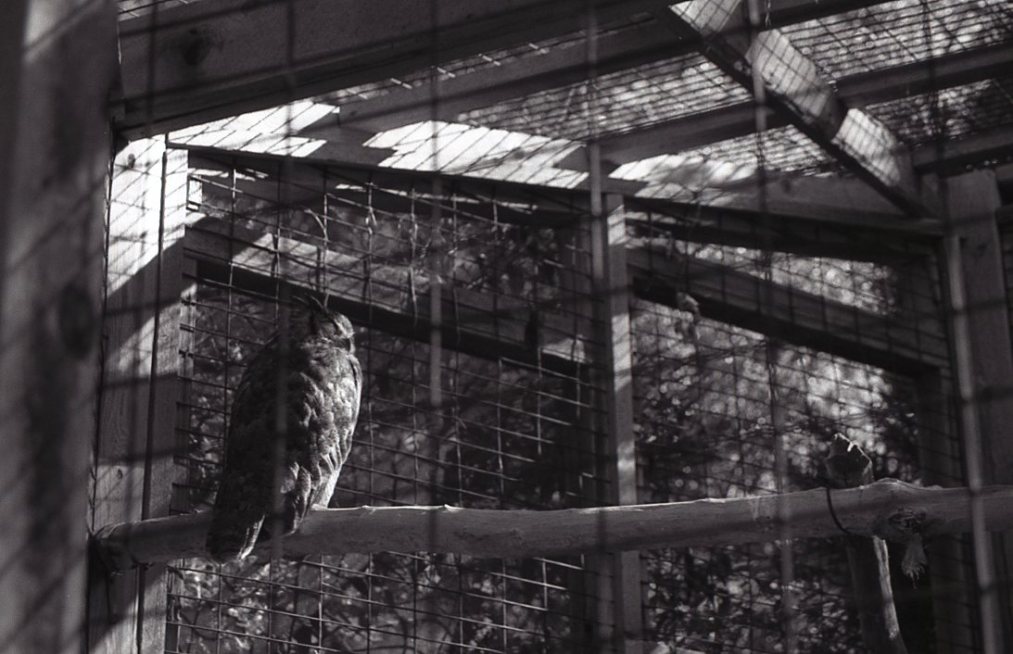 That’s all of the shots from this roll other than the ones that actually did turn out a little shaky. Overall, I consider it a very successful outing. I am usually quite happy to get 2 or maybe 3 shots from a roll that I like. This only leads me to believe that I need to develop my photographic senses in the viewfinder AND when looking at the finished result. If weather permits, I’ll be posting some more new shots later this week. See you soon!