I’ve had these photos for some time, but hesitated to post them because they’re not my work. They’re mostly my mom’s work. The images in this post came from a photo album I smuggled out of my parents’ house several years ago. Good thing, too, because a hurricane all but destroyed this house four years ago.

When my sister called me to tell me what had happened to the house, the first thing I said to her was “Get the photo albums OUT of that house! Any pictures you can find, get them out!” Turns out, my sister had gotten them out of the house shortly after my father moved in with her because he could no longer live alone due to health problems.

In these photos, I am roughly the age my father is in the pictures he’s in. Every time I look through them, I’m drawn into what was my parents’ world before I came into existence. They’re in my hometown of Jackson, Louisiana, which is less than a blip on any map you might come across.

A final note. I pained greatly over whether or not to digitally clean these photos up, as some of them are pretty badly damaged. I am in the process of cleaning up some of the photos that are more extremely damaged, but I decided to present the photos pretty much as they are. I did balance some of them out for better contrast, but only a little bit.. and they’re easy to spot. At any rate,  I do hope you enjoy them.

This is my mom at roughly 30 years old. This photo was taken where she herself grew up, which is an even more remote place than where they raised me. And it’s not your imagination from the photo. She’s pretty tall.

This is my dad at roughly 38 years old. I love this photo beyond words. My dad looks so incredibly happy here. Mom and dad had both fairly recently divorced from previous marriages, and it looks like they were really enjoying one another’s company. The shadows in this photo make me smile every time. It’s amazing how the shadows can tell a little more of the story than was originally intended.

So one thing you might not guess from the photo below is that my mom was the daughter of a preacher. And from what I’m told, he was very devout and extremely strict. That makes me love this photo even more. Mom was a bad girl! I 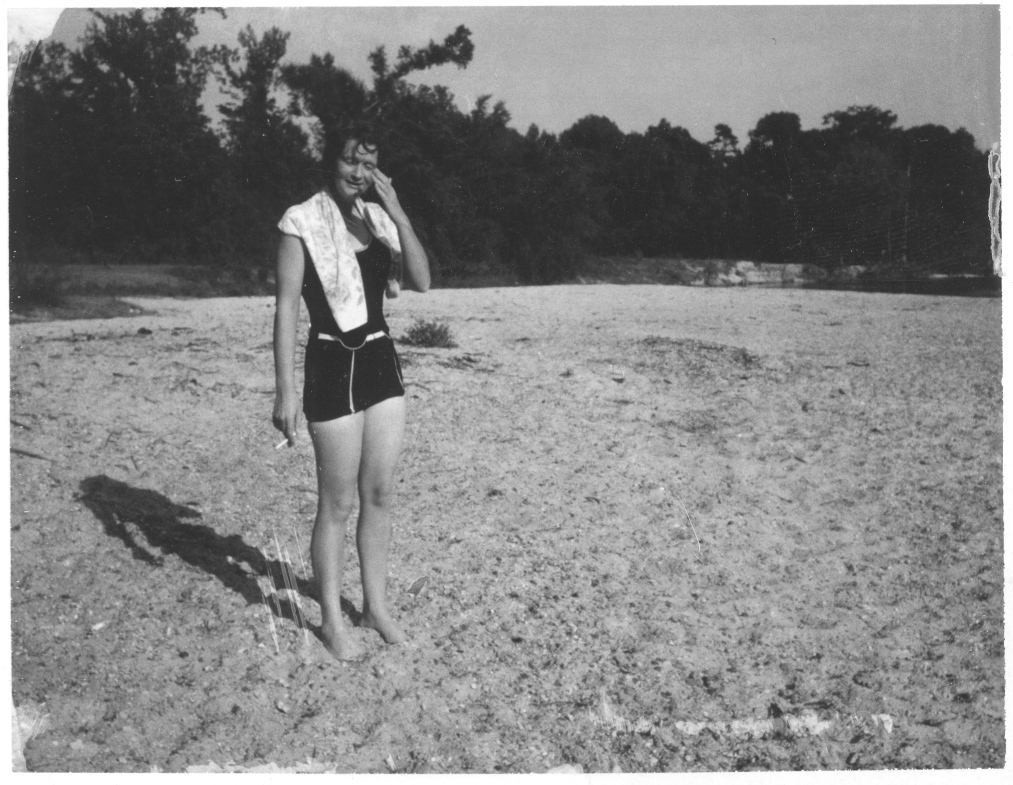 This is the last photo I’m posting today, but it’s one of my favorites out of the entire bunch. I love this one because dad is reading a trashy detective magazine. I would have never guessed him to be the type to read such a publication. In all honestly, he was probably bored.

I hope you enjoyed these. I’ll be busy tomorrow re-sealing a Pentax K1000 that my boyfriend picked up for me in the midwest. If I’m done early enough. I’ll be putting a test roll through it. Once all that is done, I’ll be touching up some of the really bad photos from the series you see in this post. I am all about keeping things as they are, but some of these photos are damaged beyond being really enjoyable. I hope you have a great weekend, and I’ll be posting soon.

One thought on “Photos From the Past”