Yesterday, I did the first part of a photo project I’ve been itching to get started. I used Kodak Portra 160 and a Canon Elan 7 to take these photos. There are lots of them, so my next 5 or 6 posts will be from this series. Because of the “macro” nature of the characters, I decided to use blur to fill out some of them so they wouldn’t seem so scrawny. In a few shots, I used a very narrow depth of field to give objects in the foreground a sense of movement, as if the photo was taken while the subject was moving its head or weapon (see the last photo).  The overall result was absolutely surreal. This approach did not work in my favor with a few of the shots, but generally it was very effective. The series was lots of fun to take, and some of the results were unexpected (read that as “learning experiences”), but most of them were great. I hope you enjoy them! 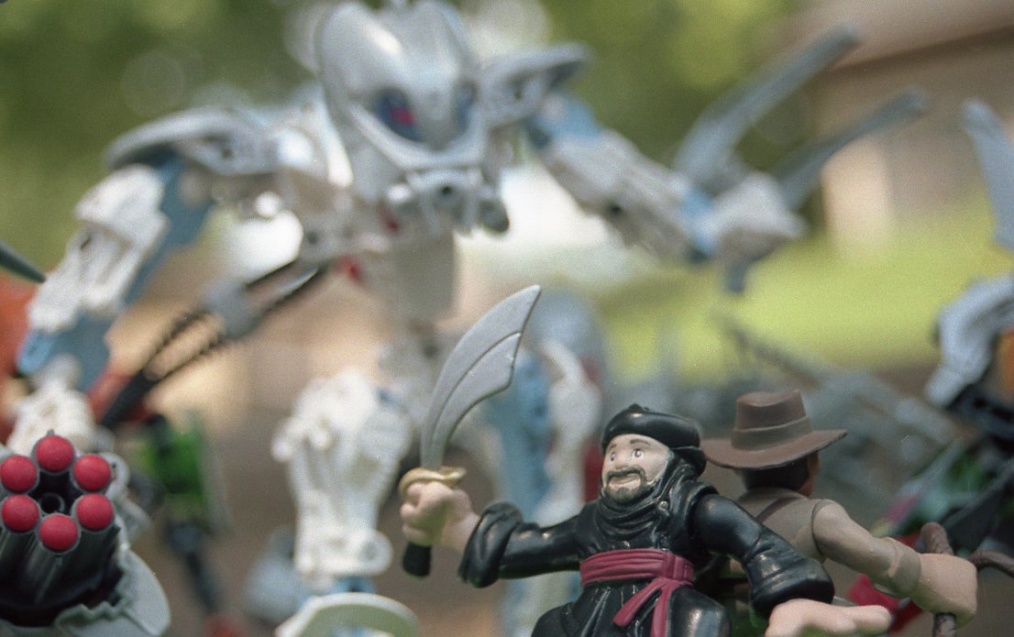 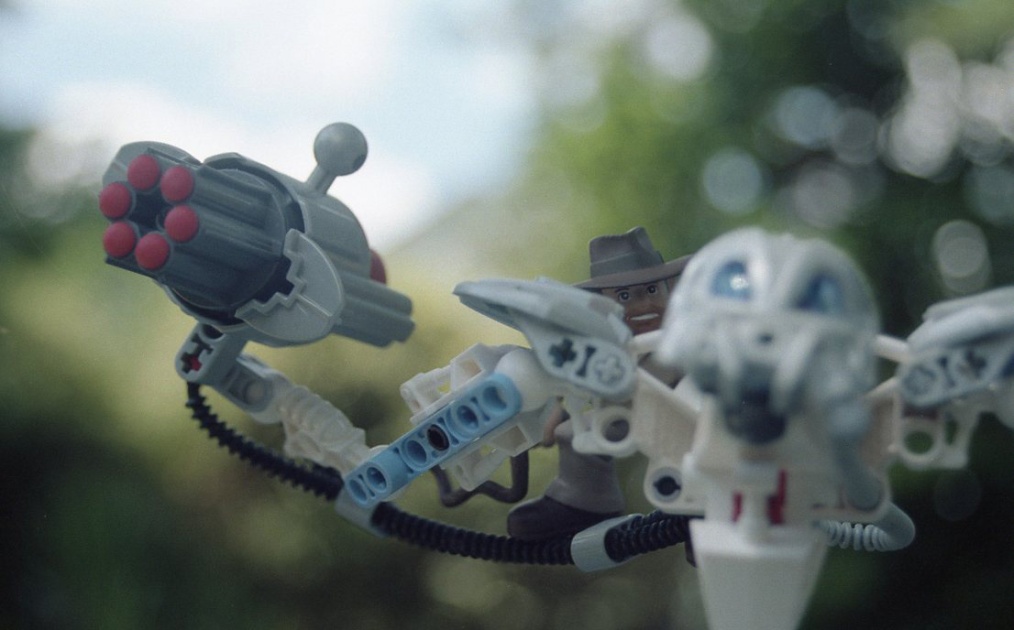 One word about Portra and this series. In many of the shots, the shutter speed 1/20 to 1/60 of a second. Most of them were closer to 1/20.  I used a small rubbermaid container as a stand for the camera and looked through the viewfinder at a 90 degree angle to focus and compose. Strangely enough, this made composing MUCH easier. Go figure!

Also, I did test using Tv on the Canon to get a shutter speed that was more conducive to taking some of these photos handheld. Canon did not like my selected shutter speed and could not give a ‘proper’ aperture value, meaning the shots in question were not exposed properly. The Portra’s latitude more than made up for my gear limitations. As far as this film is concerned, I’m in love. I have 15 more rolls of Portra 160 on their way to  my grubby hands as I type this. Yes, it was that incredible. I do have a few rolls of Portra 400, but the ability to overexpose 160 by a stop or two makes it a superb film to use in some of my older cameras, too.

I hope Kodak is around until my fingers are too bent from arthritis. I want to use this film until they have to pry my camera from my cold dead hands!